Established in 1944, the Clayfield Childcare Association was originally housed in St Colomb’s Hall, Sandgate Road, Clayfield and was staffed by a trained nursing sister and an army of voluntary mothers. The Centre relocated to the School of Arts building in Wagner Road in 1949. When the building was renovated and refurbished in 1989, the Wagner Road Kindergarten commenced as an entity and became provisionally affiliated with the Crèche and Kindergarten (C&K) Association of Queensland in 1990. In 1991, the Kindergarten was granted full affiliation. In 1999, the Clayfield Childcare Centre became known as The Wagner Road Early Childhood Centre. Mid 2016 Wagner Road Early Childhood Centre and Kindergarten changed affiliation to Lady Gowrie. 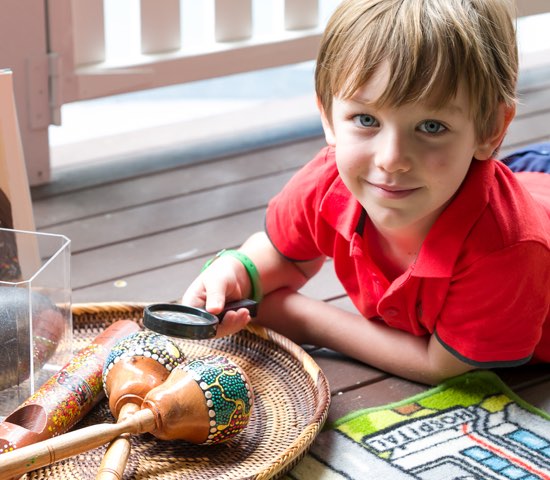 We use Kindy Portal for recordings and sending information to families. KindyPortal is a secure online web host that stores observations and parent input. It allows our educators to use this system to observe and track children’s learning in relation to the Eary Years Learning Framework (EYLF) and other recognised curricula. You will receive regular emails with regard to your child and what has happened in their day.

We believe children are capable, competent, curious and creative learners and our programs provide opportunities for them to develop to their full potential.

We respect and support all staff members, and all of our families in our centre, and we ensure all children play and learn respectfully.

We embrace all children, staff members and families with diverse needs, abilities and backgrounds.

We acknowledge Australia’s wide variety of cultures including Aboriginal and Torres Strait Islanders in our programs. This is embedded throughout all of our practices.

Together we form collaborative partnerships between staff members, families, children and the wider community. These partnerships and connections help to support the children to feel safe and secure.

We provide a safe and stimulating environment where children can play and explore, and develop an understanding of sustainable practices in order to become global citizens.

In recognition of the important role of early childhood services in advocating for and enacting Reconciliation, the National Quality Standards and accompanying Early Years Learning Framework for Australia includes principles of quality practice that require educators to demonstrate:

At Wagner Road Early Childhood Centre and Kindergarten, these principles guide everyday practice. Our Centre has formed a collegial teaching and learning partnership with Aboriginal Elder, Uncle Joe Kirk, over the past eight years. This partnership initially began with visits from Uncle Joe to the centre and has now led to leadership initiatives at a broader state, national and international level. Together with Uncle Joe we have been finalists in the 2016 and 2018 Queensland Reconciliation Awards.

From our centre philosophy to the welcome sign in Wakka Wakka language in the entrance foyer, to the yarning circle in the playground area, named by Uncle Joe as Way-Ding (meaning gathering together), we have worked to embed Aboriginal and Torres Strait Islander perspectives, knowledges and ways of being in all aspects of the curriculum.